Currently ranked 18th in the World

My goal is to become one of the best women cyclists in the world and the first African cyclist to win a medal at the Olympic Games and World Championships.

I am a passionate promoter of women’s cycling in a totally testosterone-driven sport.

I started cycling in 2008 while studying Chemical Engineering at Stellenbosch University. It was through my husband Carl Pasio; that I discovered a love for endurance sport. I have always enjoyed sport, but had only ever dabbled in team sports at school. It was Carl who introduced me to a life of competitive endurance sports. First I tried out triathlon and duathlon, but after struggling with running induced injuries, I decided to focus on cycling, a decision I will never regret!

In 2009 I joined a local cycling team, the Toyota Cycle Lab ladies team and raced extensively in South Africa, whilst completing my engineering degree. I quickly proved my worth as a competitive cyclist in South Africa. On completing my degree at the end of 2009 and with the support of my local team, I decided to take the next step to race internationally in 2010. At the end of 2009 I signed with the Belgium UCI team, Lotto Belisol Ladies team, to compete in Europe the following year.

2010 turned out to be a very challenging year for me. I broke my collarbone three times in the space of 12 months. This all happened during the period between October 2009 to October 2010, my first year as a professional cyclist.

Despite the challenges, I managed to pull through and surprised myself with a 17th place finish overall in the Giro d’Italia Femminile 2010, my first ever participation in an international grand tour event.

I continued to race internationally in 2011, improving my results and working my way up in the international rankings. I started 2010 ranked 289th in the World. At the end of 2011, I was ranked 39th. And after a successful 2012 European cycling season, I currently find myself ranked 18th in the World. The best ranking a South African road cyclist (both male or female) has ever achieved.

Life is all about choices, we choose to win or to lose in life. If things don’t go right, there’s always a left. It’s about choosing to focus on the positives. Nobody owes you anything, but you owe it to yourself to chase your dreams. I choose to live passionately!

Here is my race report from my first race in Europe http://www.ashleighcycling.com/trofeo-binda-world-cup-2013-controlling-the-controllable/

I felt very strong and am confident I'm going to have a great season in Europe this year, the race just turned out to be really cold! My next race is Flèche Wallonne World Cup in Belgium on 17 April. Last year I finished 5th, so this year I'm aiming for a podium this year. 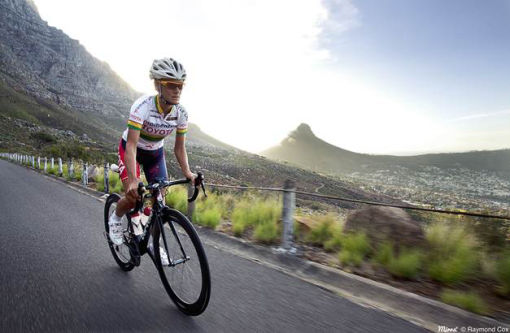 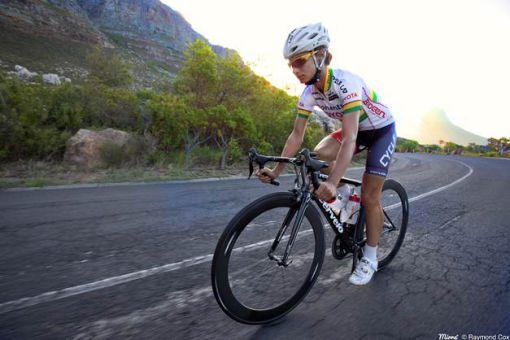 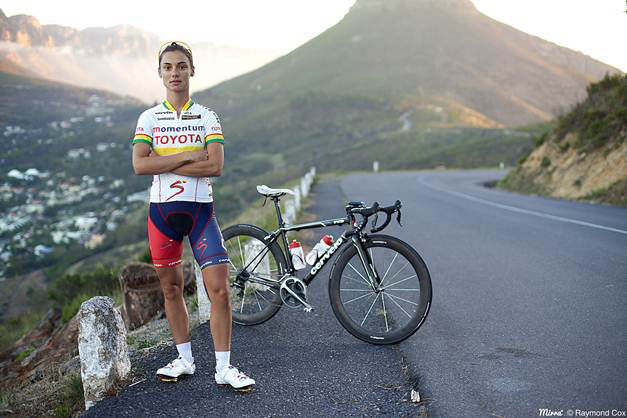 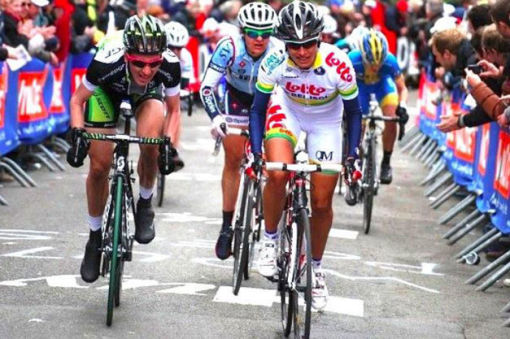 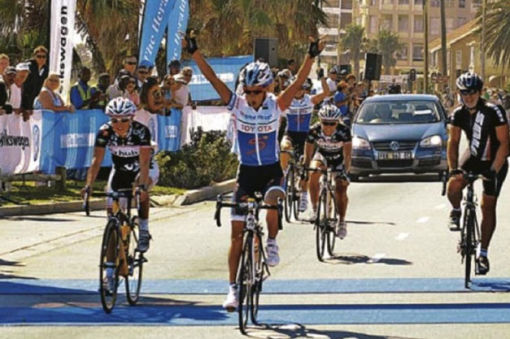 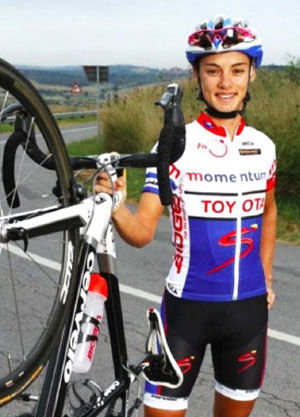 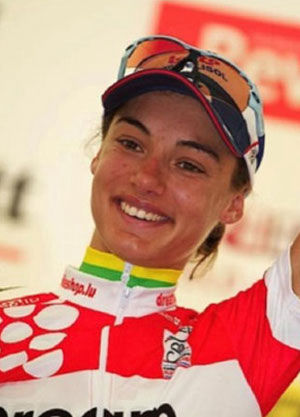 Attached is a press release after my participation in the women's Giro d'Italia, more commonly known as Giro Rosa.

Here is also a link to my latest blog on the Giro Rosa http://www.ashleighcycling.com/giro-rosa-2013-a-4km-lesson/

I have also attached a photo of my 3rd place podium finish on stage 4 of Giro Rosa.

With regards to the South Africa's Most Influential Women Awards, I have recently been informed that I am now a finalists in the Sports category. The gala dinner is taking place on 31 July in Johannesburg, where they will announce the winner. Find attached the invitation to the gala dinner. I unfortunately won't be able to attend, as I will be in Europe, but my Mom will be attending on my behalf. I will let you know the results as soon as I know. 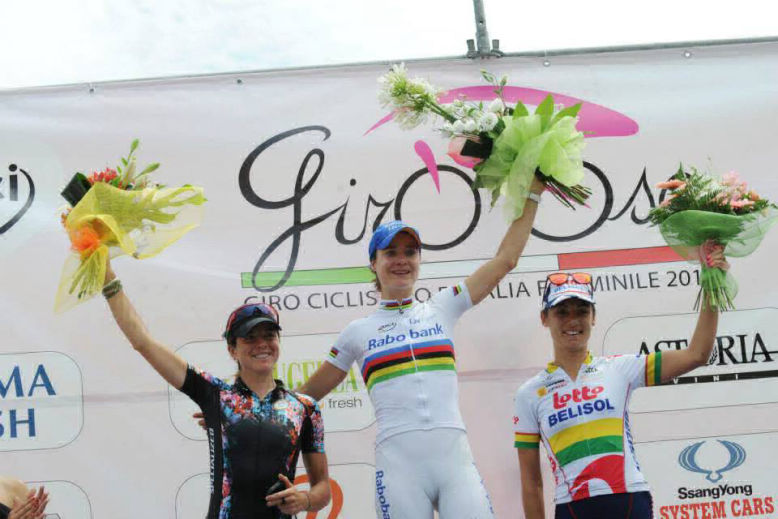 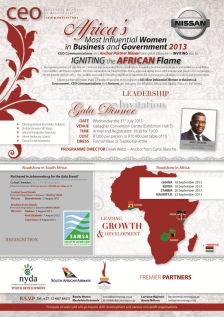 MOOLMAN PASIO CONTINUES TO RISE UP THE WORLD RANKINGS

While Daryl Impey has been making Tour de France history, South African women's road race champion, Ashleigh Moolman Pasio has been continuing her rise up the International Cycling Union (UCI) rankings with an eighth place overall at the Giro Donne, the most prestigious women's road stage race in the world.

Moolman Pasio has been South Africa's top achiever in women's road racing over the past four years and her eighth place in the General Classification at the 2013 Giro Donne, an eight-day race that's currently the women's equivalent of the Tour de France in terms of prestige, confirms she's still on the way up.

"If you look at my progression like that, it's encouraging. But I don't feel I achieved my potential this year," said Moolman Pasio from Florence, Italy on Monday. "My goal this year was a stage win and my third place on Stage 3 was a great result; but that was the only stage where I really can say I was at my potential."

Moolman Pasio said that her positioning wasn't ideal at crucial points of the key climbing legs - Stages 5 and 6 - and put it down to her own inexperience and that of her young Lotto Belisol team.

"It's a great team with lots of talent, but we just lack stage racing experience and that counted against us at this race. The good thing is that I learned a lot and know where my weaknesses are. I do intend to return to try give the overall win at this race a big go at some point in my career."

Moolman Pasio, who races for the Momentum Toyota team when in South Africa during the European winter, is focussing on scoring as many world rankings points as possible this year. On 24 June, prior to the Giro Donne, she was ranked 14th, the highest ranking ever achieved by a South African road racer, male or female.

"World ranking is important to me this year. It's the main measure of success in women's racing currently. We can't afford to spend a whole season focussed only on one race like the men can. The financial rewards are nowhere near what the men earn and the UCI points are differently weighted. A win at the Giro Donne gives you 60 points, but a World Cup race win is 100 points and the World Championships win is 200 points.

"Mara Abbot, the American that won the Giro Donne this year and in 2010, is based in the USA for most of the season and puts all her focus into this one race. She's obviously at a point in her career where that's possible.

"The race has gone back to it's original format and has some really long climbs - this year there was a 20km climb - and most of the one-day races that carry the big UCI points don't have any ascents like that, so it's not a priority to train that kind of climbing specifically for most of the riders," added Moolman Pasio.

"If I am to be in a position to challenge for this race win in future, I need to focus the majority of my time training very long mountain climbs at high altitude. That's where this race is won."

Moolman Pasio remained in Italy after Sunday's final Giro Donne stage to recce the course for the 2013 World Championships.

"The World Champs is my next major goal for this year. The course is tough and definitely suits my strengths. My best results before have been on courses that have successive climbs and the finishing circuit, which we will do five times, has just such a profile," she said.

We, at Oxygen For Life SA (the Cellfood Company), could not be prouder of our sponsored sports champion, Ashleigh Moolman, on her win for the ladies at the 94.7 Momentum Cycle Challenge race this weekend! Well done! You are a star!!