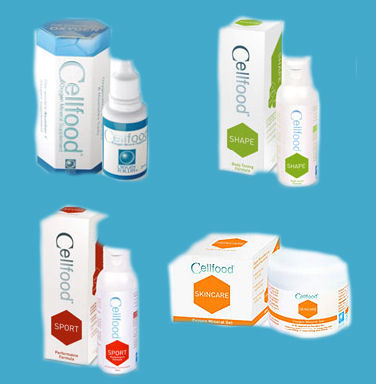 “The world of the new century is the world of the individual. Every person will expect to get more out of life and improve both its quality and length. Coupled with this is a growing awareness that we need to break new ground in health matters: the old, symptom-orientated and drug-based medical approach is just no longer automatically accepted. One aspect of this shift is a growing realization of the importance of diet [including nutritional supplements] and lifestyle in determining both the quality and length of one’s life”. Dr Willem Serfontein, 2001. New Nutrition. Transform your life! Tafelberg.

“Despite the advances made in medical science, the number of years that a person will live beyond the age of 20 has remained fairly static over the past 100 years. This is mainly due to the marked and steady increase of deaths due to chronic metabolic diseases such as heart disease, cancer Alzheimer’s disease and diabetes”. Dr Willem Serfontein, 2003. Feel better, live longer. Beat lifestyle diseases before they start. Tafelberg

In 1931, Dr Otto Warburg (twice Nobel Laureate), stated: "The primary cause of cancer is the replacement of the respiration of oxygen (oxidation of sugar) in normal body cells, by fermentation of sugar (anaerobic cell respiration)".

In 1966, Dr Warburg delivered a paper to the Nobel Laureates, entitled "The Prime Cause and Prevention of Cancer". He stated: "When respiration disappears, life does not disappear, but the meaning of life disappears, and what remains are growing machines that destroy the body in which they grow… That the prevention of cancer will come, there is no doubt. But, how long prevention will be avoided depends on how long the prophets of agnosticism will succeed in inhibiting the application of scientific knowledge in the cancer field. In the meantime, millions of men and women must die of cancer unnecessarily."

"All chronic pain, suffering and diseases are caused from a lack of oxygen at the cell levels.”
Dr. Arthur C. Guyton, M.D. - "The Textbook of Medical Physiology" (15th Edition in 2002)

In 2005, in his recent book, "Oxygen and Cancer", Dr Majid Ali (a U.S. Professor of Medicine and Pathology) wrote: "Any element that threatens the oxygen order of the human body will promote cancer growth. Any therapy that improves the oxygen function can be expected to enhance the body’s defences against cancer. That is borne out by clinical experience."

Dr. Arthur C. Guyton, author of "The Textbook of Medical Physiology", writes: "All chronic pain, suffering and diseases are caused from a lack of oxygen at the cell levels."

Dr. Stephen Levine, renowned Molecular Biologist, writes: "In all serious disease states, we find a concomitant low oxygen state...Low oxygen in the body tissues is a sure indicator for disease... Hypoxia, or lack of oxygen in the tissues, is the fundamental cause for all degenerative disease."