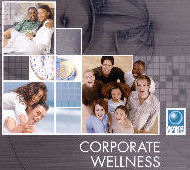 Dermatitis is an inflammation of the skin that produces scaling, flaking, thickening, colour changes, and, often, itching. Many cases of dermatitis are as a result of allergies. This type of condition is called allergic or contact dermatitis. It may be caused by contact with perfumes, cosmetics, rubber, medicated creams and ointments, plants such as poison ivy, and/or metals or metal alloys such as gold, silver, and nickel found in jewellery or zippers. Some people with dermatitis are sensitive to sunlight. Whatever the irritant, if the skin remains in constant contact with it, the dermatitis is likely to spread and become more severe. Stress, especially chronic tension, can cause or exacerbate dermatitis.

Atopic dermatitis is a hereditary form of the condition that usually becomes apparent in infancy. It typically appears on the face, in the bends of the elbows, and behind the knees. Often, other family members have a history of allergies or asthma. Nummular ('coin-shaped') dermatitis is a chronic condition in which round lesions appear on the limbs. It may be caused by being allergic to nickel and is often associated with dry skin. Dermatitis herpetiformis is a very itchy type of dermatitis associated with intestinal and immune disorders. This form of dermatitis may be triggered by the consumption of dairy products and/ or gluten.

Eczema is a term sometimes used interchangeably with dermatitis, although some authorities define it as a specific type of dermatitis distinguished by the presence of fluid-filled blisters that weep, ooze, and crust over. Seborrhea is a form of dermatitis that most commonly affects the scalp and/ or face.

Ageing and the skin

Historically it was believed that a pale, even skin implied a fragile and refined quality that is associated with femininity, beauty, innocence, and the implication of a higher social status and wealth. For many this is made possible by the latest technological advances in science that affect the cosmetics industry. Innovations, such as nanotechnology, amongst others, could be beneficial to skin protection and anti-ageing.

Normal, smooth, and hydrated skin contains adequate elastin fibres (non-cross linked soluble collagen) that enable the skin to be flexible and elastic. These elastin fibres are found in the connective tissue of the skin.

As old age approaches, the rate of epidermal cell replacement slows, the skin thins, and its susceptibility to bruises and other types of injury increases.

Free radicals are increasingly recognised as being responsible for tissue and organ damage, which could lead to the functional disturbances associated with chronic degenerative disease like arthritis, heart disease and cancer, and for accelerated ageing. The total free radical load (oxidative stress) therefore contributes significantly to the development of many chronic diseases. This assumes particular importance in the aged.

How does the body cope?

Antioxidants are considered to be one of the cornerstones in halting the aging process and preventing a variety of age-related diseases.

Cellfood® as a free radical scavenger

In a clinical trial on athletes at a well known South African University (2001), 35 drops of Cellfood® increased the oxygen uptake by 5%, and the ferritin levels by 31%, amongst others.

The absorption of nutrients by the skin is determined by the permeability of the skin, the formulation of the nutrients, and the transdermal carrier or transporter. Particle size, pH balance, and bio-electrical charge determine the absorption rate of the product by the cells. Cellfood® SKINCARE complies with all three criteria. The actives, and their respective functions, are:

Good nutrition, a balanced active lifestyle and nutritional antioxidant supplements like Cellfood® could assist in delaying pre-mature aging of the skin from the inside. Limiting the impact of environmental factors by means of facial creams, moisturizers, and Cellfood® SKINCARE could achieve the same from the outside.