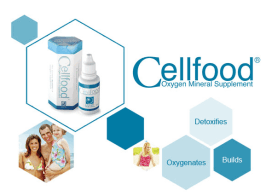 Cynthia Ransom – E-MAIL: cynhempel@iafrica.com
September 2021
Cellfood came into my life in 2005 when I married Otto Hempel. Every winter he would go down with flu and then Cellfood was recommended, so by the time we got married he was cured. He then decided we should take Cellfood together and that is where my journey started.
In 2007 I was diagnosed with breast cancer and after the stress of being in hospital, Otto ‘phoned your office, and he was given advice to give me heavy doses for quite a while and thereafter I had to take 24 drops per day. After all these years I have still been taking 24 drops first thing in the morning and I have not had a cold, or even a sniff and generally my health is amazing.
When I look around at some residents here in our Retirement Village so many are needing the miracle drops and I recommend Cellfood so often. I can only say that Cellfood has been a lifesaver for me and I am a good advert for ‘Oxygen for Life’ and will continue to recommend it the rest of my life.
And by the way, I am still cancer free after 14 years!
--------------------------